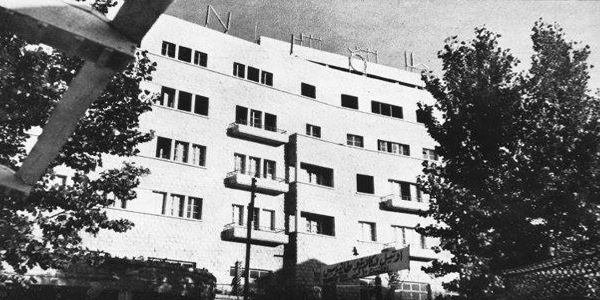 In the 1950s, Aley’s Tanios Hotel was a landmark, hosting tourists from around the globe, foreign dignitaries, famous artists and celebrities, including Om Kalthoum, Farid el Atrach and his sister Asmahan  (all of whom performed also at Casino Piscine Aley).

The hotel carried the name of its founder, Tanios ash-Chemali. Working as a waiter in a cafe in Beirut’s Al-Burj district, ash-Chemali borrowed the money from friends and relatives to buy the land and later build the hotel, which contributed significantly to the city’s fame, both locally and regionally.

During the civil war, the building was damaged by shelling and some parts of its main facade collapsed. It was later partly restored by the government, but never re-opened.

Tanios ash-Chemali was unmarried, and (as is frequently the case in Lebanon) his inheritors were unable to reach an agreement to restore the property to its former glory. 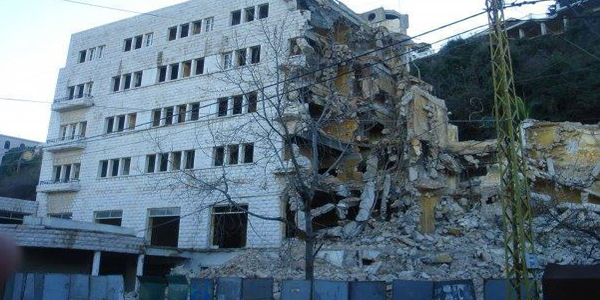 In 2007, a Saudi investor purchased the Tanios Hotel for $6 million from the heirs of the Tanios and Mkanna families.

The following year, in 2008, it was demolished, with plans to build a modern hotel complex. 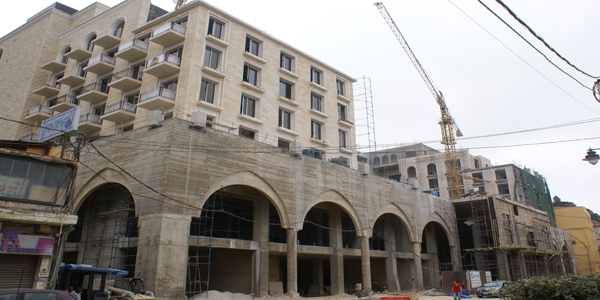 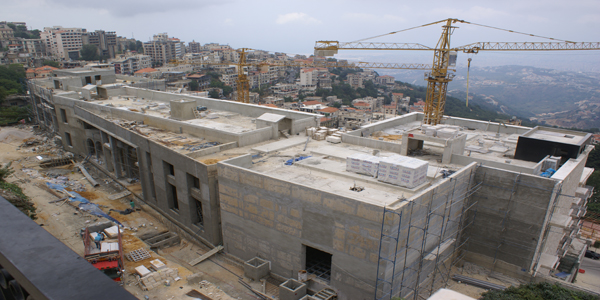 In 2009, the vacant land once occupied by Tanios Hotel was resold to Al Rayyan for Projects Development, a Qatari real estate venture, for an estimated $12 million (a handsome return for the Saudi investor). (Read more about Qatar’s investments in Lebanon)

A five-star hotel development is now well under construction.

The project licensing fees paid to the Aley Municipality were around $750,000.

With the new development, Hotel Tanios will keep its original name, and be paired with that of a global hotel management chain.

Built on a land area of 6,200 square metres, the hotel will be constructed on a surface area of about 4,500 square meters, with a 90-meter long façade overlooking Aley’s souk.

The hotel will feature underground parking lots, pools, gymnasiums, along with other recreational facilities and host a cinema, ballrooms, and shopping malls.

Hotel Tanios’ new architects have pledged to pay tribute to its legacy and history – recalling its former heritage but with modern designs.

Large Block with Olive Trees in Kfarmatta
Scroll to top